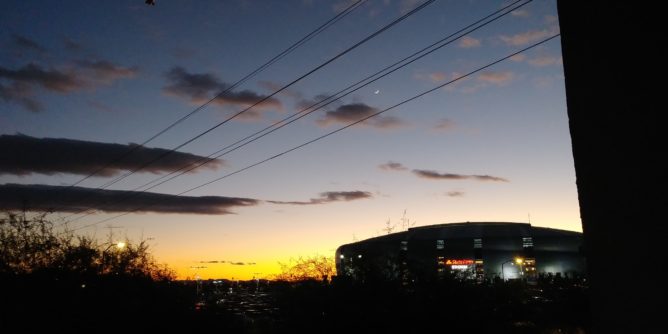 When I moved to Arizona many years ago, the arena was just being built. It was huge! It was this gigantic building basically in the middle of nowhere at the time.

Fast forward a couple more years, the stadium was built, making the arena small in comparison! It was beautiful, our new stadium gleaming in the sun- a rattlesnake coiled to strike!

I remember the first football games played by the Arizona Cardinals in the stadium, some more memorable than others…

My kids went to their first football games, tailgated, and made friends that we’ve had for years.

When Westgate was just being built, we would walk around the Fountain area watching the newly built Yard House restaurant full of newly-hired staff training, eagerly awaiting its grand opening!

The stadium, the arena, and the Westgate entertainment area are all a part of my history, full of fantastic memories. We encourage you to come be part and to make some memories of your own with your family and friends.