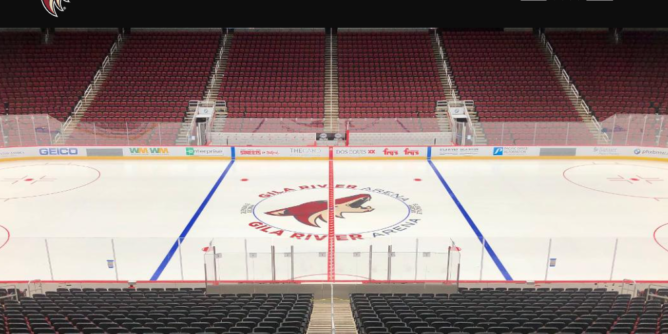 GLENDALE, ARIZONA — Arizona Coyotes President of Hockey Operations and General Manager John Chayka announced today that Coyotes players will return to the ice for voluntary small-group training beginning on Thursday, June 11 at Gila River Arena. For the health and safety of all involved, these sessions will not be open to the public or media.

In accordance with the plan, all players and select staff permitted inside the facility will be tested for COVID-19 prior to participation. Players will begin the process of returning to the ice with pre-participation medical evaluations on Monday, June 8 at Gila River Arena.

The Coyotes players and staff will follow the health and safety guidelines set forth by the Phase 2 protocol of the National Hockey League’s Return to Play Plan, as well as recommendations from the Centers for Disease Control (CDC). Gila River Arena has adopted preventive measures to protect against the contraction of COVID-19, as well as proactive steps to ensure rigorous cleaning and sanitation going forward.

All individuals expecting to enter Gila River Arena will have completed a remote educational meeting prior to arriving at the rink. Club personnel will be divided into two groups, “Player Access” and “No Player Access.” The health and safety of Coyotes players and staff is the top priority.

Similar to voluntary skates prior to training camps in past years, coaches will not be permitted on the ice for these sessions.

The Coyotes procedures for players returning to the ice include recommendations from the NHL, as well as additional safety measures conducive to the team facility. The players will train in groups of six and must remain socially distant during both on and off-ice sessions. Player groups will have specific arrival and departure times, as well as designated non-contact points of entry/exit to the building. The player lounge and other common areas will be prohibited at this time.