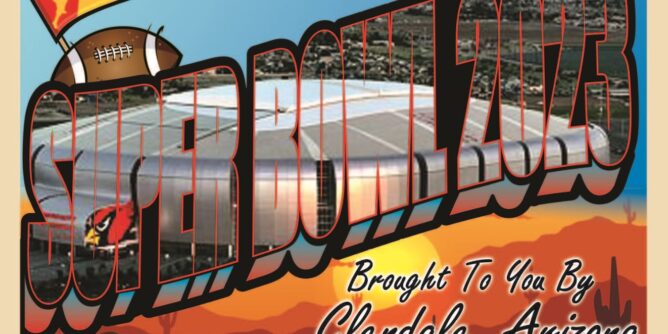 Constantly improving to meet our customers needs! Glendale, Arizona has already begun improvements in preparation for the Super Bowl 2023.

By the 2023 event, the city expects at least five more hotels near the stadium within the Westgate Entertainment District. Visitors also will find expanded parking and walkability. The city is adding more than 4,000 parking spaces across the street from the stadium.

These are great, and necessary additions that are going to make it much easier and more enjoyable for people to stay in Glendale, close to the stadium and be more accomodating to fans and Super Bowl related events.

I can remember the first Super Bowl at the stadium, most all events took place spread out around the Valley, and fans stayed mostly in Scottsdale and Phoenix, traveling over to Glendale for the game. There were a couple of hotels that were just being completed that no one knew about and had vacancies, while other hotels around the Valley were full.

There are a number of new shopping areas with restaurants and stores, as well as new hotels that will be more than ready! Third time is the charm!