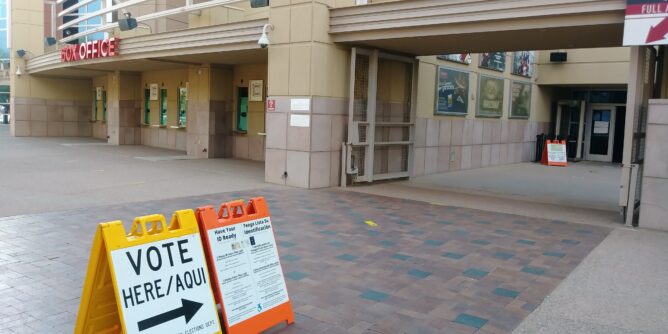 The general election is underway and the Gila River Arena and State Farm Stadium are doing their part to assist as a designated voting center and ballot drop off site.

**I went in person this morning (Monday, Nov. 2) to Gila River Arena. They open the doors at 9 am for early voting (6 AM on Election Day), so I was there at 8:20 am, fully anticipating a line already formed. However, I was the first one there! By the time the doors opened at 9 am, there were maybe 15 of us- and when I left 20 minutes later, there was no line at all! It was easy to park, they were very organized, and it was the fastest I have ever voted in person! It may pick up tomorrow, but it was not the crazy lines I expected, for what its worth!**

Once you have voted, check out Westgate Entertainment District restaurants & shops that are offering specials & discounts for voters wearing their Vote stickers on Election Day!