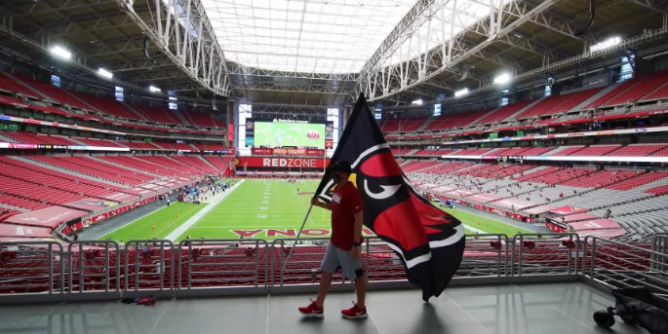 **Game time changed to Sunday Night Read about it in AZCardinals.com

This Sunday, October 25, the Arizona Cardinals will host the Seattle Seahawks at State Farm Stadium (new Sunday night game start time 5:20 pm MST). There will be a limited amount of family, friends and season ticket holders allowed in the stadium for the game:

The Arizona Department of Health Services is allowing the Cards to host approximately 1,200 spectators for the game on Oct. 25, which will allow season-ticket members the chance to attend a game for the first time this season.

There will also be addition protocols in place to make the game as safe as possible.

Watch Football Games & Pre-Game at Westgate
If you make it out to the game, be sure to pre-game over at Westgate Entertainment District or head out and watch the Arizona Cardinals as well as other NFL games at one of the Westgate restaurants and bars that are open and ready for football fans !