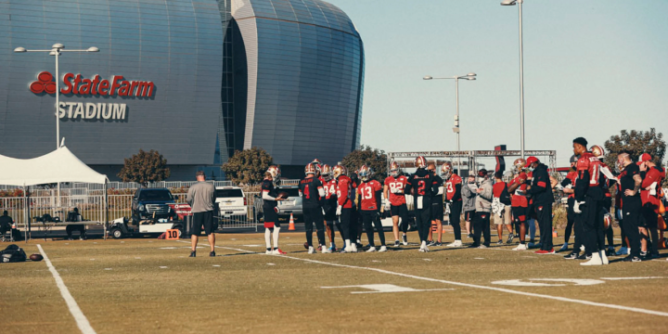 It’s been a week now since the 49ers moved into the Renaissance Hotel and setup at the State Farm Stadium practice fields.

Its something we are used to over here in the Westgate AZ area, although its usually the Arizona Cardinals here for training camp during the summer…so the 49er jerseys and 49er fans out cheering are a new twist!

The 49ers will be here through the end of December, playing their remaining home games at State Farm Stadium, as well as a game vs the Arizona Cardinals here December 26th.

Here is peak at their workout setups, courtesy of 49ers.com.

McFaddens over at Westgate Entertainment District is a 49er fan bar and restaurant for those who are head out this way to show support for their team, since games are closed to the general public for now.